Judy Rodman's transformational work with singers and speakers comes from over 5 decades of award-winning success as studio and stage vocalist, speaker, studio producer, author, songwriter and vocal coach. Based in Nashville, Tennessee, she trains singers and speakers globally in online lessons and courses. 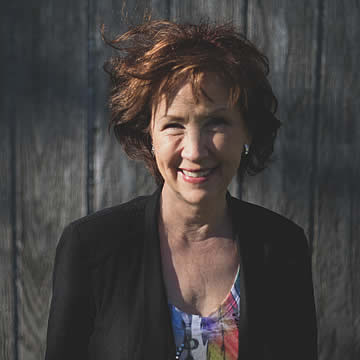 She has sung backgrounds on decades of hit records and was staff singer at the William B. Tanner jingle company for 7 years. She was named 'Best Vocal Coach' by ‘Nashville Music Pros’ and 'Vocal Coach In Residence' by the Voice Council Magazine. She won ACM’s and Billboard’s ‘New Female Vocalist’ award as artist and BMI's ‘Million-air’ award for 'One Way Ticket' as songwriter. She has produced indie chart-topping records on pop and country artists.

Judy is the author of several pro-level vocal training courses for singers and speakers. She is creator and host of ‘All Things Vocal’ blog and podcast which respectively have over two million views and 174,000 plays. As public speaker, she presents to industry groups on various aspects of the professional voice.

Judy writes and co-writes in her Nashville office. Her credits include top 10 Billboard single "She Thinks That She'll Marry", BMI Millionaire award for the #1 hit “One Way Ticket (Because I Can) cut by LeAnn Rimes. Her synch credits include 'Gambler Of Us All' which she co-wrote and produced and is in the soundtrack of the 2015 Robert Duvall movie "Wild Horses", and "Somethin Like That" which she produced and cowrote and was placed in the Amazon Scifi series "The Expanse". Judy collaborates with Darren J. Butler, writing songs and as music director for three contemporary musicals "Runaway Home", "We The People" and "Take My Seat". Still works in progress, they received terrific responses at workshop productions.

With literally thousands of studio credits, Judy can regularly be found in the recording studio producing tracks or producing vocals as part of other production teams, as well as creating arrangements and singing background vocals. Her full production credits include Emil Bishaw who won 'New AC Artist' at Music News Weekly in 2010 and hit #1 on several indie charts for a record 9 weeks. Her production of Jenny Tolman resulted in national and international acclaim including finalist in 2013 International Songwriting Competition and Unsigned Artists awards. Country rock artist Tiffany Haseker hit #1 on several indie charts and won New Music Awards' "Country New Artist of The Year" in 2022 with an album produced by Judy.

The Master Tonic
AKA The Flu Tonic

Cover and blend with raw, unfiltered apple cider vinegar such as "Braggs".

Let sit for a couple of weeks, shaking it regularly, then strain and use as needed.
Keep in a cool dark place or refrigerate. It lasts for a year or more (some say virtually forever!)

Take 1 or 2 tablespoons in liquid. Great when mixed with OJ or V8 juice.